Up until only recently that was the official position of both the Olympics as well as the world's most famous marathon, Boston. Women were not allowed to compete in the 26.2 mile distance.

Recently I was contacted by Adrian Kastelic of Tribesports who said "Over the coming weeks, Tribesports are celebrating those people throughout the history of sport who have had a truly game changing effect on their sport. Those people who's actions transcend generations and change the face of their sport forever."

As soon as I read this two game changers came to mind; Roberta "Bobbi" Gibb and Kathrine Switzer. 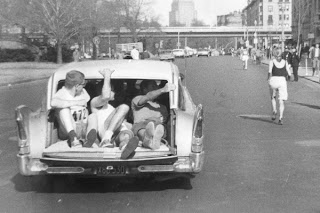 1966 photo of Bobbi Gibb as she ran the Boston Marathon

Prior to 1966 "it was generally believed that women were physiologically unable to run marathon distance."1 as sited in Bobbi Gibb's Wekipedia entry. After training for nearly two years Bobbi applied to enter the Boston Marathon in early 1966. She was denied by the race director who basically told her women were incapable of handling a 26.2 mile run. Undeterred, she borrowed some of her brothers clothes and snuck into the starting line crowd of runners, disguised as a male. "Although not an official entrant, Roberta "Bobbi" Gibb became the first woman to run the Boston Marathon. Joining the field shortly after the gun had been fired, Gibb finished the race in 3:21:40 to place 126th overall. Gibb again claimed the "unofficial"2 title in 1967 and 1968." In 1969 the BAA officially recognized these finishes and awarded Gibb a medal for each race. 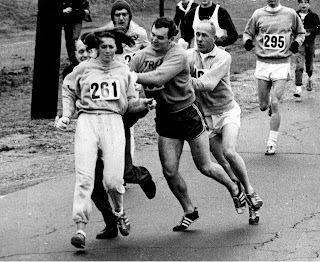 Semple finding out it's not that "simple"

In 1967 Kathrine Switzer became the first woman to enter the Boston Marathon as a registered entrant. Still 5 years before officially permitted to run, Kathrine entered under the gender neutral name of K.V. Switzer. She finished in 4 hours and 20 minutes. During the race, race director Jock Semple ran up to Kathrine yelling "Get the hell out of my race." and tried to physically remove her from the course. Unfortunately for Mr. Semple, Kathrine's boyfriend was running along side her and didn't agree with his wishes. Kathrine's boyfriend pushed Semple away and the two finished the race. "I think it's time to change the rules," said Switzer. "They are archaic." Switzer's story and the surrounding publicity had made the quest for equality in road racing for women a political issue. Coming as it did in the midst of the women's liberation movement, it galvanized women in the belief that it was time, as Switzer had said, to change the rules."3

And as crazy as all of that sounds it wasn't until the 1988 Olympics that women competed in the marathon. NINETEEN EIGHTY EIGHT! According to an article published in Runners World magazine today women make up nearly 50% of the runners in the major marathons in the United States. And, I would suspect that is true around much of the world.

So just in case any of you ladies needed a little more motivation to run a marathon, there ya go.

If you'd like to learn more about the history of women in the Olympics check out this article. 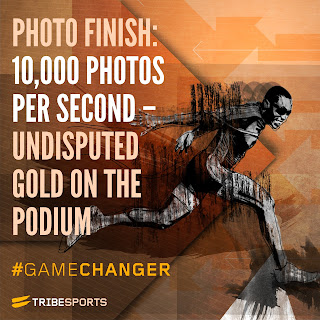 Head on over to Tribesports and join in the conversation.

1.http://en.wikipedia.org/wiki/Bobbi_Gibb
2.Boston Athletic Association.
3.THE FIGHT TO ESTABLISH THE WOMEN'S RACE
Posted by RunJunkee at 7:34 AM