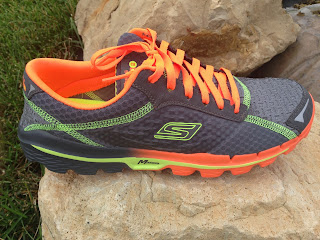 I don't know if I'm in the majority on this or not, but I have to be honest and tell you that I have never thought of Skchers as a performance running shoe.  Come to think of it, I'm not so sure I've ever owned a pair of Skechers in my life!  So, in my recent trip to the running speciality store I was a little surprised when I saw these amongst all the big boys and girls running shoes.  Admittedly, I have some pretty strong preconceived notions about Skechers, none of which make me think running shoes, however I think that might be changing.  Skechers Gorun 2 is marketed as "the next-generation of a serious minimal running shoe. Designed for speed with innovative performance technologies to promote a midfoot strike, it works as a great transitional shoe  to foster a barefoot running experience."

Foot room-  This shoe has what I consider the ideal design.  It's wide enough in the front to allow your foot to splay and still narrow enough in the heal to keep your foot feeling secure.  There's also just enough padding around the ankle area of the shoe to provide some cushioning.

Seamless upper-  The seamless upper is definite bonus of this shoe.  The tongue sits nicely at the top of the ankle.  The upper has a very lightweight, comfortable design.   I won't go as far as to claim these are water resistent but in a recent run, I did not try to avoid any of the many puddles along the side of the road.  The shoes did get wet, my feet did not.  I don't think this is something claims to be a feature, it's just my observation.  The laces are a thin, flat design. The shoes come with both the high visibility orange (pictured) and a yellow color.   I didn't double knot these shoes, like I do with most, and so far they have stayed tied.  I think this could easily be worn as a sockless shoe, if properly fitted.

Build- The shoe is a lightweight weighing in at approximately 6.2 ounces.  The forefoot is at 11mm, the midfoot 20mm and the heel is at 15mm, giving this shoe an overall 4mm heel to toe drop.  Apparently the midfoot design was done with the intent of encouraging a midfoot strike.   You might think this design might cause some discomfort but I didn't notice any.  I do have high arches, which probably helps but even other reviews I could find stated the improved design of the Go Run 2 virtually eliminated the "bump" that was felt in the midfoot section of the original.

Soles-  The insole has a firm but comfortable fit however, the shoe does not lack a cushioned feel.  From what I could tell in wearing it the cushioning is a result of the pods in the tread of the outsole.  They layout was unique.  The larger pods were grey and orange.  The grey were firm and the orange were soft.  Then there are smaller circles (4 at the forefoot, 4 at the midfoot and 2 at the heel)  these were softer yet.  I'm sure there some "science" behind the design but whatever the reason it makes of a nice ride.

Price-  With a retail price of $84.95, the Go Run 2 is already a more affordable option than most running shoes.  Add in my VIP discount at the local running shop combined with the sale price and I was able to get these babies for close the $70.  I usually rely on the last year model clearance shoes to get that kind of price on a quality shoe! 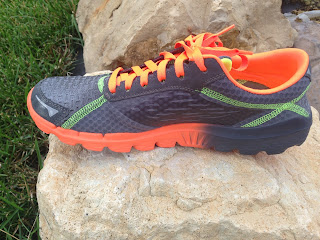 As I stood in the store trying to convince myself to buy these I tried to look up reviews on line- not very many could be found.  I actually found the majority on Amazon.  As is my usual approach I quickly read through the 1 and 2 star ratings.  Of the nearly 50 reviews two were one star and two were two star.  Two people actually claimed this shoe to be narrow!  I completely disagree.  This is the one factor that keeps me from trying many pairs of shoes.  This shoe is not narrow.  The other complaints were based on the life of the shoe.  One guys said he has only had the shoes a month and they were already starting to wear.  He then proceeded to say he runs 60 miles per week in them.  This shoe is a minimal design.  I wouldn't expect more than 300 miles out of any minimal type shoe.  So, 240 miles and they're just "starting to wear"...I'll take that.  The last genius explained that he took these on the trail and they were torn after he caught a tree branch.  It's pretty obvious that this is not a trail shoe.   After seeing all of the other reviews were 4 and 5 star I decided what the hell.  They were one of the cheaper pairs in the store and I'm all for trying something new...so, I bought them. 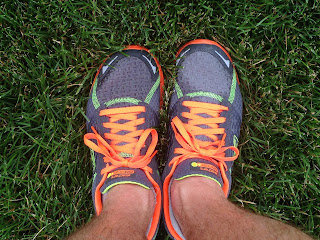 My first two runs in these shoes have been great.  The shoe provided a comfortable fit and performed well.  The upper is breathable and as I stated earlier, appeared to provide a small level of protection from water.  The shoe fits great around my ankle.  This is another point of contention with many pairs of minimal type shoes.  Many will have a flimsy design that allows space between your ankle and the shoe.  If you notice in my arial shot, the shoes fit pretty snug.  I don't think this shoe felt as minimal as some people might prefer.  Remember, minimal shoes are intended to all the runner to connect with the ground.  In other words, feel everything and give the runner the barefoot running experience.  The Go Run 2 is not that minimal.  This shoe is categorized as a transitional shoe, meaning there are minimal features but not on the extreme end of a true minimalist shoe.  The ride was similar to that of the Brooks original Pureflow.

I've only put about 15 miles on them so far, so a future update will have to be added but for now I'm enjoying my new shoes. 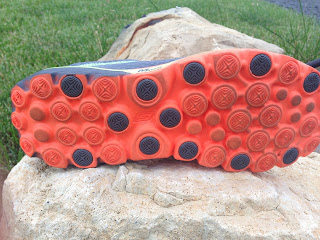 And, as far as my hang up with the fact that I now actually own a pair of Skechers shoes, I think my friend and fellow RunJunkEe Jeff summed it up best with his observations.  "Skechers to me

hipsters. Glad to know they've actually broken out of the shell. Be curious how they hold up. They look

great. May have to go try a pair on."